The MySQL database server is a popular database used on production servers. An installation of MySQL is installed on your computer by MAMP PRO. Your MAMP PRO MySQL database data is located in “/Library/Application Support/appsolute/MAMP PRO/db/mysql57”. 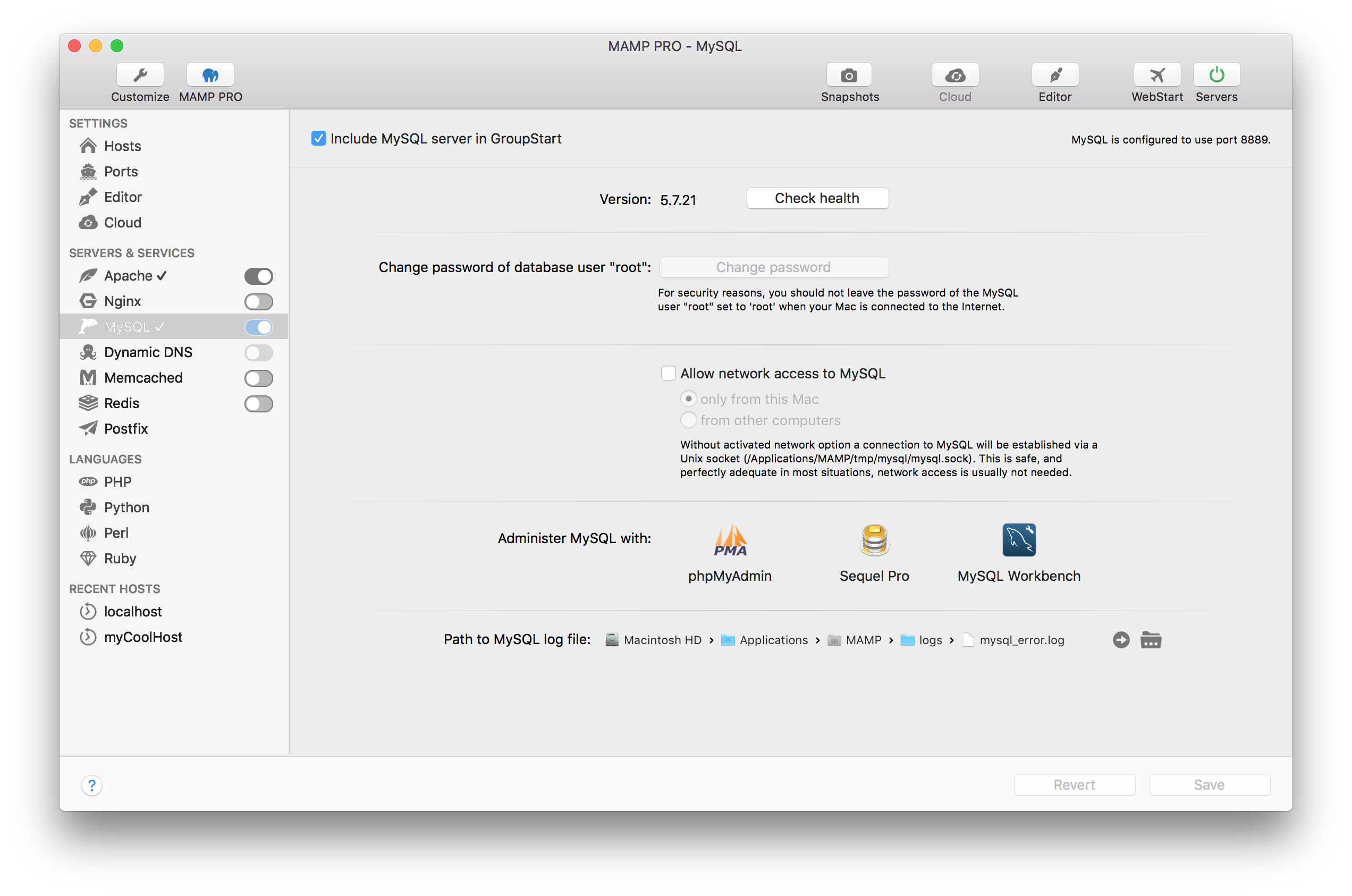